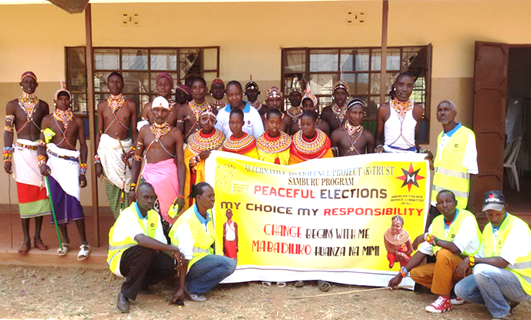 Testimony 1: My name is Peter. I was born in Samburu Wamba and married to a Boran woman [a tribe in southern Ethiopia and northeastern Kenya]. I served as a police officer for ten years.

In the year 2006 there was a serious drought in our region which forced us to look for pasture in the Boran area. I had 300 animals and my two boys were looking after them. While they were in the area of the Borans, they were attacked by Boran raiders and were killed. When the news reached me about their death I had to request for a two-week leave to know exactly what happened. I was so angered by this incident because as we are talking now I have never seen even the grave of my boys. It’s really painful. Because of the bitterness that I had, I planned for retaliation together with the community warriors. It was on a Wednesday. I can remember very well at 10 p.m. that we entered the village of Gabra and took all their animals, approximately 2000 animals and killed 12 people. This memory is still fresh in my mind. I also divorced my Boran wife because of this.

But today I want to thank the conveners of this AVP training as it has helped me realize that everyone is God’s creation and there is something good in him/her. During the discussion on forgiveness I understood that it’s me who was carrying the burden of anger. From today henceforth I have forgiven my oppressors and am going to negotiate with the elders for the return of my wife. I am indeed grateful to have attended this training and thank you, the trainers. We are so many who are experiencing such problems and we need these trainings. 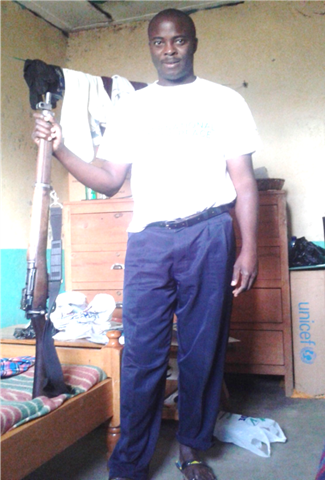 Testimony 2: An area chief: Before the introduction of guns, there were spears and pangas [machetes]. Every evening the cows and goats of a pastoralist were protected from wild animals. Raiders used the spears and pangas. Cattle raiding was a traditional practice carried out by one community against the other. Raiding was a communal affair. Although the young men carried out the raids, they did so on behalf of their community. The elders would decide when and where a raid would take place. The young women would sing songs of praise that made the warriors feel brave and determined and ready for action. The older women would have received the stolen animals and milk them.

It was probably inevitable that guns would reach the area. They were brought in from neighboring countries by people who for political or financial reasons thought it a good idea. At first families were persuaded to buy guns for protection purposes not knowing that the guns would be used to kill their own people with whom they have lived for years.

The introduction of guns has changed the complex traditional social system into something that we cannot comprehend. As administrators we are also targets of these guns. We are killed every now and then because we are perceived as traitors of the communities. Guns have caused a lot of animosity between the communities which lived in peace with the government. To initiate change we need to revisit is this whole culture of guns because it has made my people not to respect law enforcers and that’s why you hear police officer being killed. Everything is behind the introduction of the guns.

In the harsh conditions and beautiful landscape of northern Kenya where the plateau drops thousands of feet into the Rift Valley, three communities – the Samburu, Pokot and Turkana – graze their cows, goats and camels. Over the years occasional cattle raids would disturb the peace, but the 2003-4 drought and guns coming in from neighboring countries brought in new levels of tension and killings and escalated revenge attacks between tribes.

Samburu is largely a pastoral area, beset by human and food insecurity. The sudden increase in the availability of small arms in addition to periodic droughts, declining natural resources – particularly pasture and water, the very lifeline of pastoralist communities – as well as poorly defined resource management and access systems, and limited investment in social services and development contributed to the increase in cattle raiding and cycles of violent retaliation. Alternative to Violence Project (Kenya)–Trust (AVP-Trust) with support from the American Friends Service Committee-Kenya developed a series of conflict sensitive initiatives to respond to the crisis. These have led to the establishment of inter–community peace and development committees and an early warning response systems. The committees have helped in recovering stolen animals hence reducing revenge attacks. There has been a considerable reduction in the cycles of violence after these interventions.

In July two AVP workshops were conducted – one in Samburu East with 12 males and 8 females and the second in Samburu West with 14 males and 6 females. The workshops targeted youth, church leaders, and community elites. These trainings focused on redirecting the energies of the youth to uphold the philosophy of non-violence.

Possible solutions to the problems affecting the community recorded during the AVP training. Note the topics: Moranism (the youth as warriors), FGM (female genital mutilation), and forced marriage (marriage of very young girls to much older men).

A baseline survey for Help Increase the Peace Program (HIPP) was conducted in eleven schools in Samburu with 15 male students, 17 female students, 7 male teachers, and 9 female teachers. The background issues for the survey were

Cross Border Dialogue is an initiative in which different communities living close to a common border come together and through dialogue resolve their issues. One interesting agenda item was to have the participants list the negative perceptions of the other group and then after a pause for reflection, have the participants list the positive perceptions of the other group. The end result of each of the three dialogues – one each in the three sub-counties of Samburu County – was the formation of a conflict management committee which would be quickly available to resolve any conflicts that arise in the future.

Objectives of the dialogues:

There is presence of peace committees, but they are dormant

Resolutions during the dialogues:

Peace caravans are an intensive exercise aimed at promoting an ideology of peace during a certain undertaking like an election or any other activity that has a potential for conflict. Its aimed is to inform the community on the importance of upholding peace during an event with its main aim to reach a large population. One peace caravan was conducted in Maralal with 40 men and 60 women.

Objectives of the Samburu caravan:

Observations during the caravan 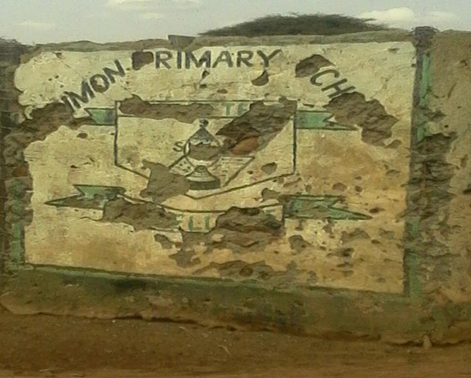 Demolished gate of a school after violence

Planning was also done before the start of each day and daily evaluations helped in designing plans and agendas. After each day, a debriefing session was done among the facilitators. Strengths and weaknesses of the day were pointed out to help work on weaknesses and empower strengths for the success of the whole process. Below is facilitation dynamics encountered:

Comments by David Zarembka: This report indicates a tremendous start in resolving major deadly violence issues in Samburu. Working directly with and earning the respect of the morans themselves – in addition to the government officials, police, and other leaders – the basic foundation for successful intercession in the violence in Samburu has been established. Ezra Kigondu would very much like to continue this project and build on its success. In particular as next steps Ezra would like to

If you would like to support this next phrase of the Samburu project please make contributions as noted in sidebar “Ways to Donate” and mark the contribution for “TCSC-Samburu.” Ezra would appreciate your support.